Far to the south of Cairo, where Egypt borders on Sudan, the land is a giant, sweltering sandbox. And, as we crossed the Sahara desert from Abu Simbel to Aswan today, we felt like extras in Sheila’s favourite movie – Lawrence of Arabia. The blistering sun beat relentlessly for 300 kilometres and the scene barely changed; a shimmering sea of yellow stretched to the horizon in every direction then evaporated into enticing mirages of cool lakes and rivers. 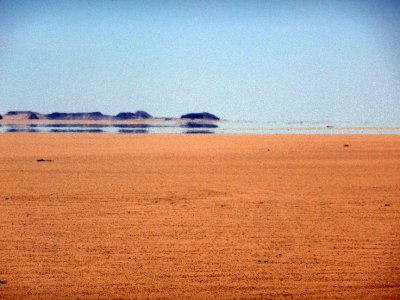 There is absolutely no water in this picture but it is easy to see how a thirsty traveller could be driven insane by such a deceptive sight. 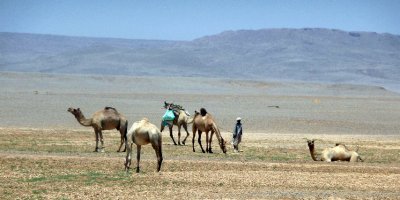 These camels from Sudan won’t be deceived and they will take more than a week to reach the market in Aswan. We were in Aswan in just over 3 hours – in the cool comfort of our personal air-conditioned SUV, with both driver and guide, for about 100 dollars.

We flew from Cairo to Abu Simbel, (the most southerly town in Egypt) on Sunday and are now making our way back to the capital overland along the Nile valley. We are in Nubia where the natives are intelligent, hardworking people with rich mahogany complexions and statures that reflect a proud heritage that dates back 11,000 years. 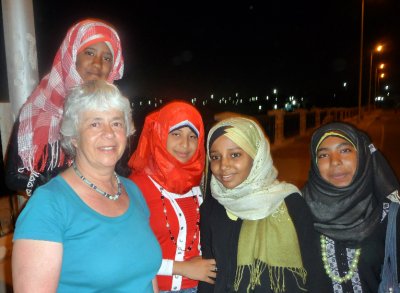 These fifteen-year-olds in Abu Simbel spoke very good English, were worldly, and were quite delightful. Their first question was, “Where you from?” But this is a question we are asked hundreds of times each day, and when we say “Canada” the response is usually, “Ah – Canada Dry.” Television and worldwide communication are bringing the world to this desert oasis. Here we are in a remote Saharan community with a group of lively teenagers who took pictures of us on their cellphones and couldn’t wait to get home to check out our blog on high speed internet. 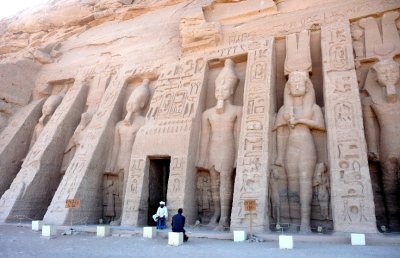 The 3,500 year-old temple complex of Ramses II at Abu Simbel is spectacular – not least because the entire structure was raised 213 ft. in the 1960’s to escape the rising waters of Lake Nasser. These statues are over 100 ft. high. 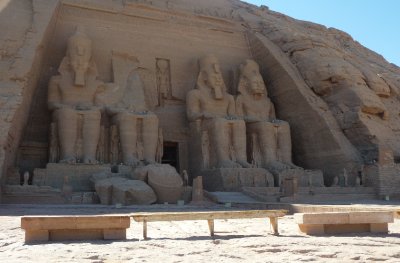 Here are some of the temple guards, relaxing between tour groups. 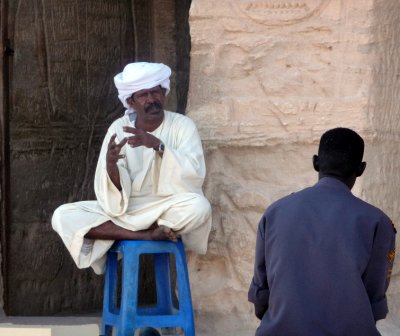 Now we sit on the banks of the Nile in Aswan and watch the feluccas in the rays of the setting sun. 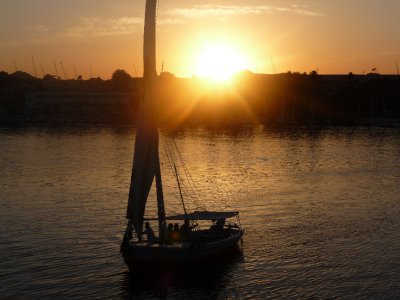 The heat of the day is fading and the streets are beginning to bustle with touts offering all manner of things, calling, “Where you from?” And you can bet that their second brother’s, first wife’s cousin lives in Toronto.

38 degrees!! It's only 2 degrees this morning on Gabriola and a snowstorm in Calgary. I'm surprised your young Egyptians don't say "Canada-cold"

"Nubia where the natives are intelligent, hardworking people ... and statures that reflect a proud heritage that dates back 11,000 years" - it takes a village to raise intelligent hardworking, proud people