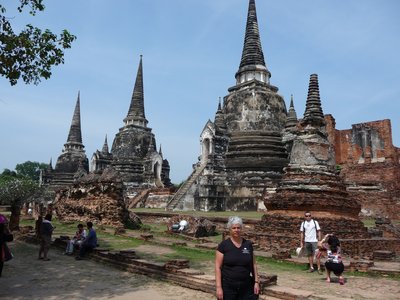 In the past week we have visited two former capitals of Thailand.
Sukhothai's heyday was in the early thirteenth century, while Ayutthaya rose to splendour in the late fourteenth century after the King escaped there to avoid a smallpox epidemic. Both cities lie in ruins - ravaged by war, time and the tropical jungle.
The Thais are justifiably proud of their heritage and have carefully preserved and restored these monuments. We were greatly impressed by the craftsmanship and skill that is still evident after so many centuries of decay. 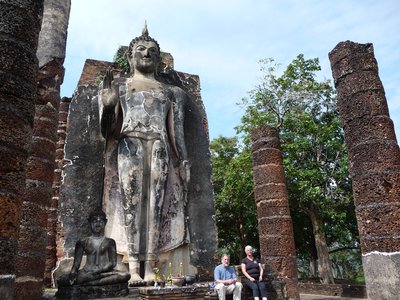 Here is an easy question for Roger only:
What is the present capital of Thailand?