There are numerous English language newspapers in India so we are not starved of news. However, we wonder if any of this week’s Indian headlines have made the international press. Here’s some of the stories, together with some photos of lovely people we’ve met.

Unusually low temperatures in northern India forced the closure of Delhi schools as children were freezing in unheated auto-rickshaws.

Half the Indian Muslims who went on the Haj last year returned without luggage because planes were overloaded with standing passengers.

Here’s Jim with Varsha on the Calcutta Express… 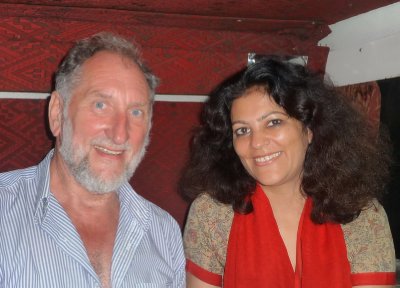 Some tweets from the business sections:

Indian banks hike fixed-rate interest on 1 year term deposit to 10% p.a. as they run short of money to lend to borrowers.

Much-vaunted micro-finance begun by the Grameen Bank is a nightmare for millions of Indians who were lured into loans they can never repay. 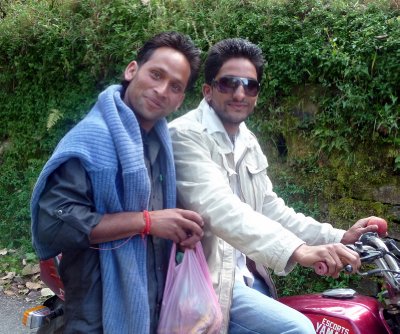 Tweets on the domestic front:

Today: Pakistan government banned all cross-border transport of onions to India and turned back 150 truckloads.

The Indian population is exploding, putting pressure on the environment. But don't blame the young… 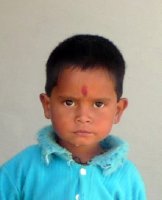 Tigers killed a young elephant near Mysore on Monday.

An elephant fell down a well in Karnataka village on Wednesday.

Wild elephants are rampaging through rural villages in Mudigere taluk in order to get at the illicit liquor made by the villagers. 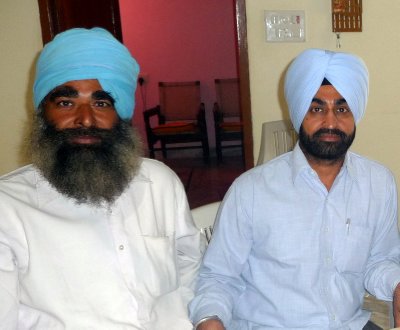 And here’s a couple of items that would have been headlines for weeks in Canada, but barely made the back pages in today’s papers:

Two hundred boy scouts were injured when a stand collapsed at a jamboree in Bangalore.

Posted by Hawkson 02:41 Archived in India

The Sounder and The Flying Shingle just won't do it after those headlines, will they? No drunk elephants on Gabriola that I know of! Keep 'em coming! Love Joyce

Happy New year to both. Really enjoying your blissful adventure.....already planning an India trip sooner. Off in 3 weeks to New Orleans and surounding states....everyone is fine here. dm