Despite all the garbage and grime, most Indians always manage to appear in crisply ironed clean clothes. Commercial laundries are big business here and for just a few cents our clothes are whisked away and returned a few hours later in pristine condition. But for most Indian housewives, or their maids, the laundry, (dhobi as it is called here), is a major daily undertaking. Washing machines are readily available, but, in a country where hundreds of millions have neither electricity nor piped water, the nearest river provides the only option to many. However, electric dryers are completely unnecessary in this climate for most of the year and we've been so intrigued by the washerwomen's inventive use of their surroundings that we've composed a few Haikus in their honour. 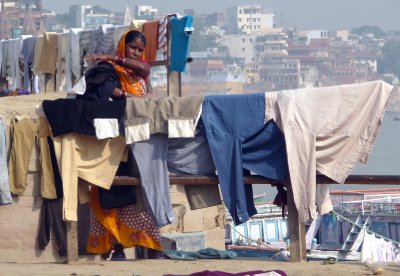 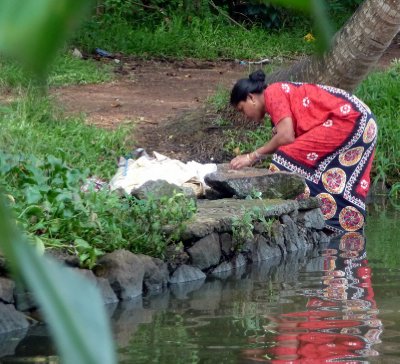 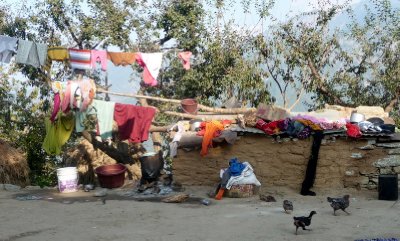 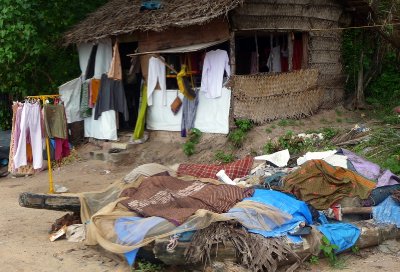 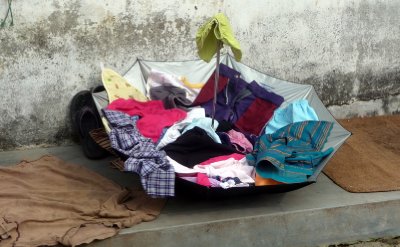 An upturned umbrella
makes a satellite dish
for the drying sun


O.K. We know that we are base amateurs when it comes to Haikus, but we also know that some of you are masters in the art. So, for this month's competition, we invite you to write Haikus for the the following images. Winners will have their Haiku published, (though only on our blog), and will receive a voucher entitling them to have a week's laundry washed in the Ganges - (shipping and handling not included). 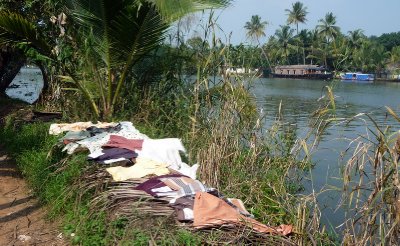 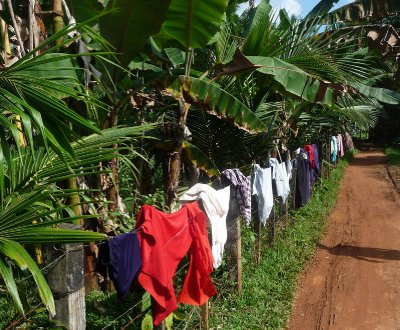 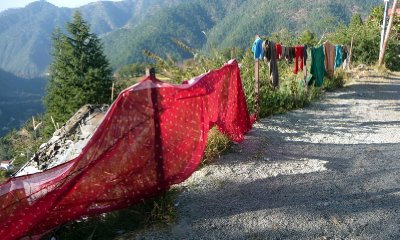 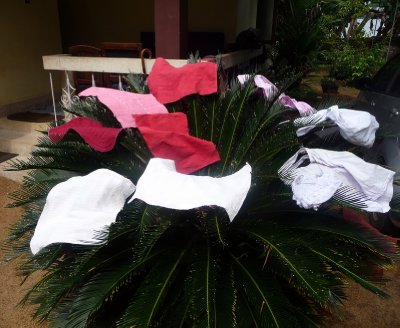 The deadline is Sunday January 16th. So, if you want to see your clothes washed in the world's longest sewer, get those Haiku caps on and get writing.

Posted by Hawkson 23:22 Archived in India

Daily as I sit before my light getting my hit of seratonin, I enjoy your travel tales. Haiku, oh I love haiku. Here goes. Hopefully you can tell which goes with which:

hankies and dainties
airing on the side of caution
a laundry bouquet.

Thanks for the fun., the sun and fab annotated images of India. Big love, d

I KNOW who will win this one!

I love and admire people who can do laundry in the river - these are surviviors. And here was I getting grumpy because of a power outage today.

Mathematically correct--5-7-5 but I think I'd better stick with mystery writing.

Watched this last night - http://www.history.com/shows/irt-deadliest-roads . You've got to be crazy to be on those roads!!!

Hard to pass up this one....such an amazing prize! Still, should I win the category of 'most entries regardless of content', perhaps I'll pass on the honor this time...cost of shipping dirty laundry would no doubt be prohibitive!

1
Beside the water
winter sun bleaches hard work.
Colours lay tranquil
2
Long lines of laundry
Watching shadows they whisper
Where are you going?
3
Mountain wind wonders
So much fabric to capture
gravel is waiting
4
green leaves embracing
Patchworked in bits of linen
The wind is silent

Love you, and love reading your outrageous adventures.
Xo G/*