The Snows of Siberia

Siberia is a mysterious mythical land that has no name in the cartographer’s lexicon. It lies somewhere east of the Urals and west of the Pacific, south of the North Pole and north of almost everywhere else. With its dense birch forests, its vast grasslands and its inhospitable tundra, it is both alluring and menacing. To a traveler it seems almost endless and timeless, rich yet poor, cold yet hot. And to a Russian it has either been home or hell.
A few threads of steel have stretched unbroken across this land since 1894 and the railway will be forever linked with Stalin’s ignominious gulags, but travelling across Siberia by train today is a wonderful experience... 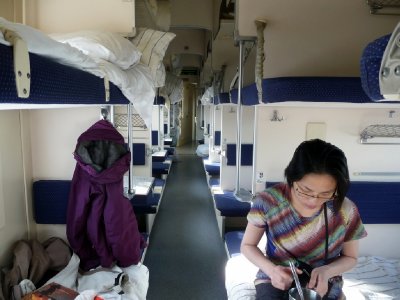 The carriages and sleepers are warm, comfortable and very clean; the staff (generally) helpful; the other passengers a complete cross-section of everyday Russians. While most took English at school few are willing to risk embarrassment, but they are all pleasant and respectful - one lady even nudging James aside and making his bed when she felt he was underachieving in that department. There have been many pleasing surprises on this journey but perhaps the greatest has been the warmth, generosity and attractiveness of the people. Forget the sergeant-majorly stereotypes of the Soviet era women; forget the Bolshevik images of fat farm workers singing patriotic songs as they harvest the grain. Today’s women are just as chic, coutured and manicured as any in London or Paris. The cafes, restaurants and stores teem with hordes of beautiful young women and hip young men, while the older generation have mostly sloughed off the pounds and their drab clothes, bought themselves cellphones, I-Pads and Audis, and caught up with the western world in every respect.
However, as we progressed further into Siberia, and deeper into Asia, we expected to see changes. Krasnoyarsk may be nearly five thousand kilometers from the sophisticated boulevards of St. Petersburg, and may lack the grandeur of that city, but at street level we hardly noticed the difference – apart from the snow. 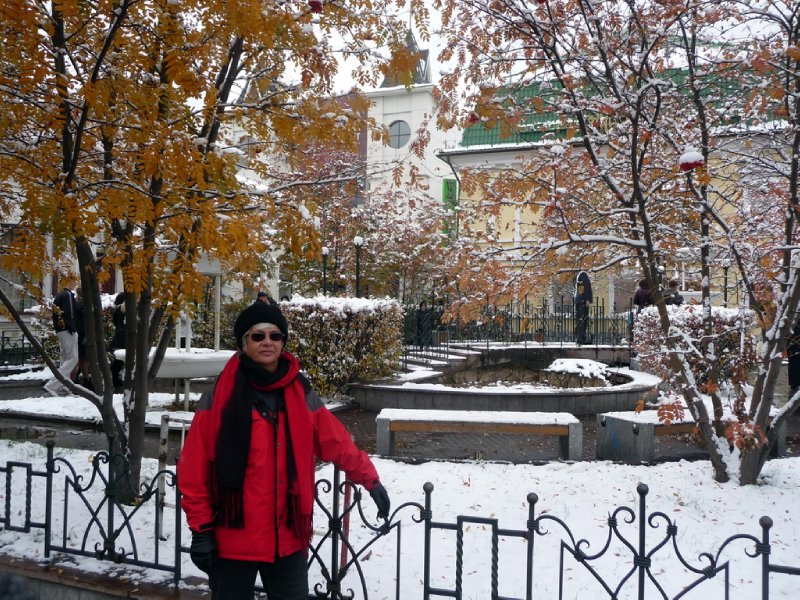 Yes, dear blog reader, winter’s icy hand has finally dealt us a blow. We don’t mind – after all it wouldn’t seem like Siberia without snow, and we have woolly socks and warm boots. Unlike many of the young women who, like fashionistas anywhere, are suffering in their stockings and high heels. 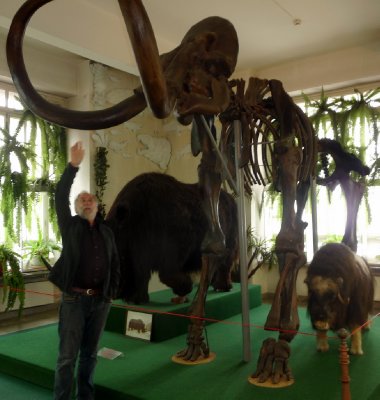 This mammoth in Krasnoyarsk's museum is also feeling the cold, but he lost his woolly coat 100 thousand years ago.

Love this post. Wonderful to repeatedly discover that stereotypes can never capture the worth and beauty of human lives. As usual you capture your surrounds so beautifully and you captivate us so thoroughly. With thanks. And stay cozy swathed in your woolies. Love, Trudy

Ah, brought me back to Winnipeg! Oh, except Russia has way better passenger trains. It is so fascinating to read about this part of Russia, so few people have seen as you are.

hmmmm...looks like a great place for a polar bear swim

Sleepers - what happens to the snorers? Are there any there?

Stay warm and well wrapped up it looks very beautiful

I like to improve my English with your blog, very interesting to read
"one lady even nudging James aside and making his bed"
yes, we have such a woman)) slightly rough, but caring