We let the Twittersphere pass us by in the belief that it was a new-fangled innovation appealing only to the cyber savvy. But then we visited China’s Forbidden City in Beijing and discovered that we had deceived ourselves. There is nothing new about Twitter. It has been around for nearly a thousand years and here is the proof... 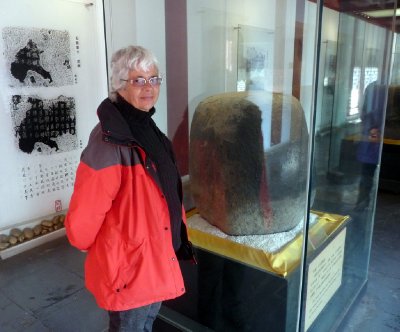 These ancient stone tablets are inscribed with mundane bits of information in fewer than 140 characters. For instance this one says, “Hunting season over. Xiancong Qin killed a lot of game.” 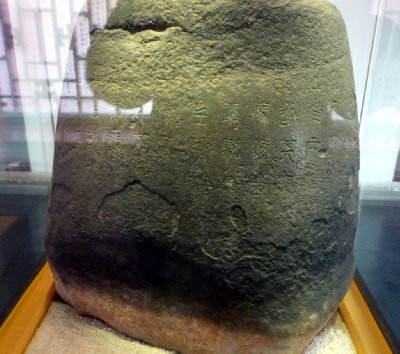 Whereas this one says, “Heavy rain stopped hunt. Waded across river and took boat back to palace.”
Each of these stones weighs a few tons so pressing “send” isn’t likely to get them very far, but now we know that twittering is actually an ancient Chinese invention we don’t feel bad about using it. These stones, called drums, are in The Forbidden City along with many others and we thought we would have a go at translating them for you. These, for instance, could be the tweets of Emperor Zhu Di the Yongle Emperor of the Ming Dynasty:
"May 1st 1406. Burned down Mogul city today. Planning the biggest new city in history – we’ll show those damn Moguls LOL…" 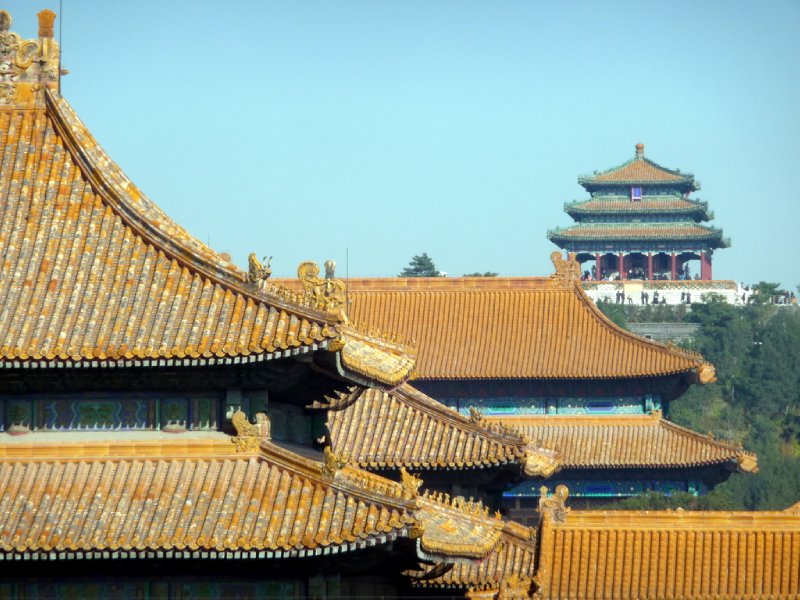 "June 27th 1413 Three hundred buildings finished. How about this for a roof? Bet the Moguls never had one like this..." 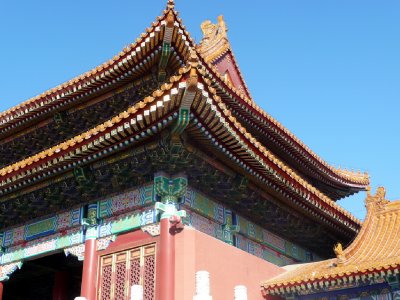 "March 4th 1418 Seven hundred and seventy nine buildings finished – one to go. Let’s make it fit for a great Emperor like me…" 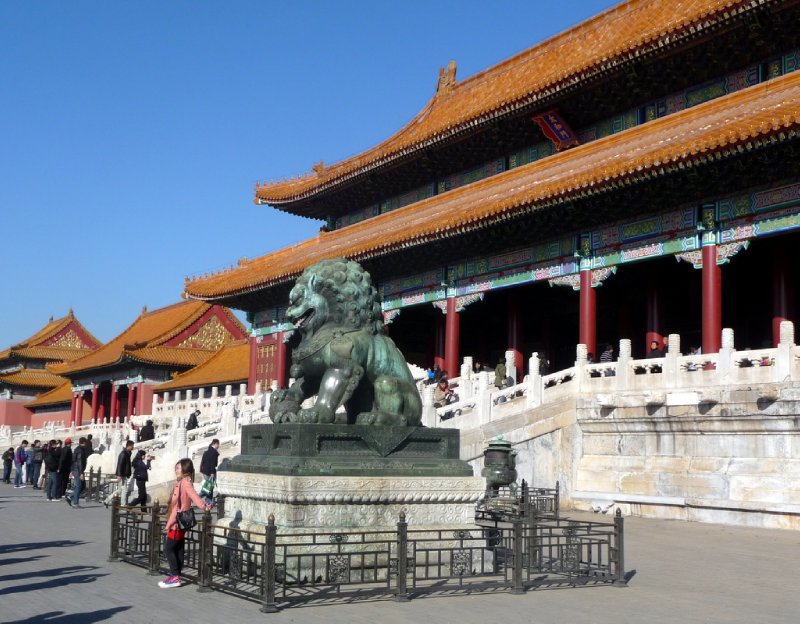 "April 3rd 1419 Gardens coming along. Need a mountain or two – so let’s get creative and build them…" 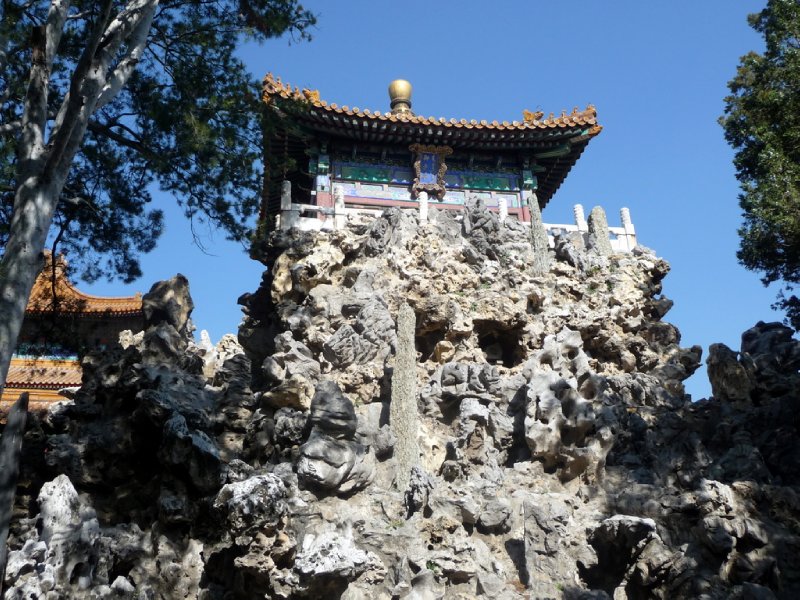 "April 20th 1420 New city nearly complete, I shall call it Zijin Cheng, (The Purple Forbidden City). Million workers now unemployed. Maybe they could build a drum tower outside the gates…" 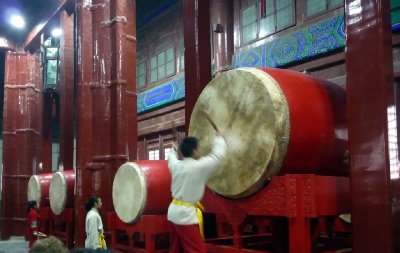 And now for some of our own 21st century tweets, (not carved in stone).
In 1860 the Brits and French stormed the City during the 2nd Opium War.
In 1912 The last Emperor, Puyi, abdicated and was finally evicted from the Forbidden City in 1924.
In 1949 The Communists were going to destroy the Forbidden City but Zhou Enlai sent the army to stop them.
In 2000 Starbucks opened a coffee shop inside the city but was eventually forced to close it under pressure from the Chinese. LOL.
Today, Nov. 4th 2012, The Forbidden City is deep in snow – pretty, but feels too much like Siberia so we’re heading south ASAP.

Posted by Hawkson 04:36 Archived in China

This morning we watched news clips of the snowstorm in Beijing and were very impressed by the street snow removal system--hundreds of people with shovels! They appeared to be having great fun. South, however, sounds good.

Pictures are great. I bet you will be happy to shed some clothing

by Keith and Helen