The first leg of our long jpourney home has brought us back to Bangkok, the enigmatic city of ivory towers soaring out of the teeming slums, where our Asian experience began. 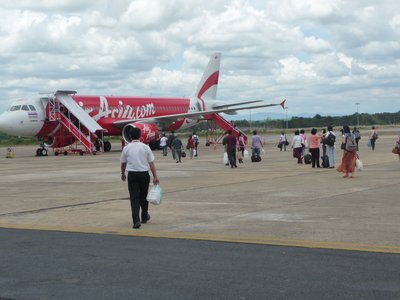 We arrived by Air Asia, our favourite local airline whose motto is "Now Everyone Can Fly." This was our fourteenth flight since leaving home, and we still have five to go.
Travel here is as enigmatic as everything else - clapped out buses, rusted river boats and ancient tuk-tuks ply the highways and waterways alongside luxury limousines, superfast hydrofoils and VIP coaches. But, old or new, they all run more or less to schedule. Yesterday's nine hour trip from our resort in Koh Samui to Bangkok by mini-bus, ferry, bus, plane and taxi, went like clockwork and, with one or two exceptions, was a reflection of our entire journey. 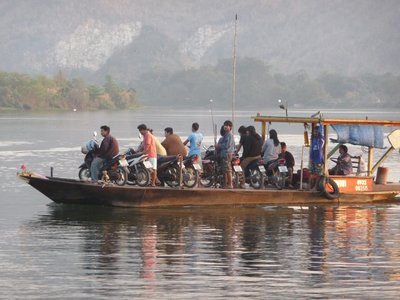 Numerous boats have played a key role in ferrying us from place to place, (we lost count after fifty), and now we are back in Bangkok for our last few days we will be taking many more. 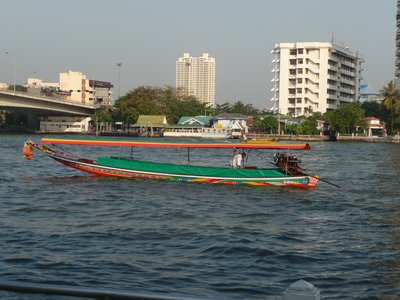 This is one of the famed 'Long-tails', the 'Gondolas' of Bangkok. But the 'Gondoliers' of these stinking, snorting monsters can never be heard singing, "O Solo Mio." These craft are powered by monstrous engines culled from ancient buses and trucks and, as they churn up the waters of the Chao Phraya river at breakneck speed, they pump out evil fumes and raucus pop music. 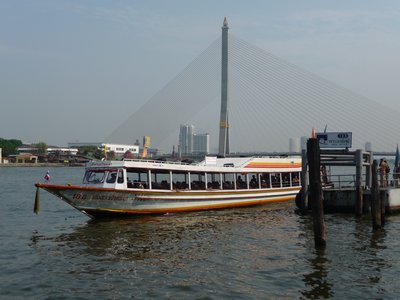 We do not take the 'Long-tails'. We prefer the 'Vaporetti' - the sleek river buses that zip us from one end of the city to the other away from the madness of the roads.
But, hopefully, things are changing. In an effort to go green, the city now provides free bicycles to anyone brave, (or foolish), enough to ride one. Just pick up a green bike at one of the many racks like this one ... 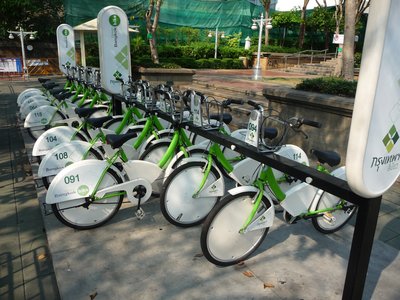 ... and ride it through the city on the miles of specially marked cycleways like this one... 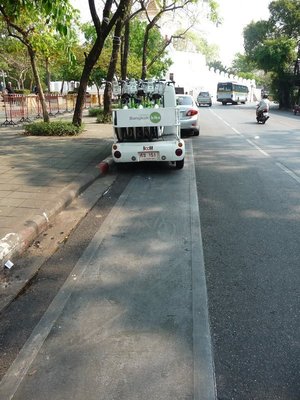 Oh-Oh! Spot the problem? Yes - everyone, including the green bike delivery man, uses the designated bike lanes as free parking. Never mind - it's the thought that counts.

Posted by Hawkson 19:18 Archived in Thailand

Those lovely green machines look right out of the forties--single speed, pant-leg guards and pre-coaster brakes, but why are they all ladies' bikes?

Just had a real good laugh reading your last few Asia entries. Very funny!!! Hope all is well with you both. Really looking forward to seeing you both again. (Jim MUST be dying to get back in that kitchen!!!)S&G