Today is our last day in south east Asia and we would like to introduce you to many of the wonderful sights and people we have met here but simply haven't had time to tell you about.
Here is a common sight - unloading fish onto the fish dock. 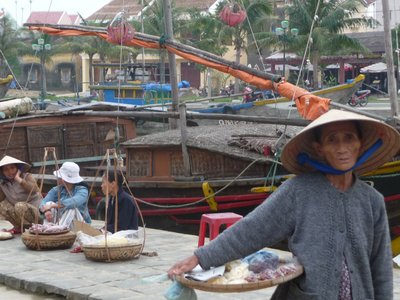 All life here revolves around water; the sea, the rivers and most importantly the flooded rice paddies.
Here is a coracle rower from a floating village on the South China Sea. 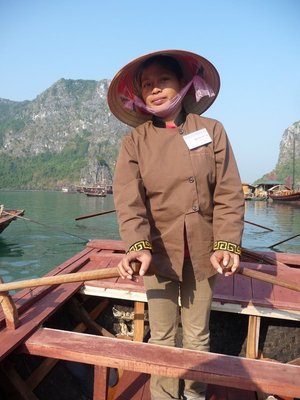 Salt is also important because of the constant heat. This broadly-smiling salt seller in Hoi Anh posed coyly for this picture. 'How sweet,' we thought. But as soon as the picture was taken her face turned sour and she demanded money - not so sweet after all. 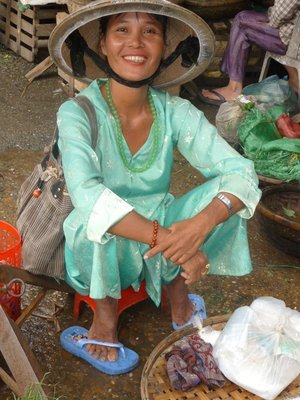 Here are some boatman on the Perfumed River in Hue, Vietnam. We spent three days dodging heavy showers in this ancient city. 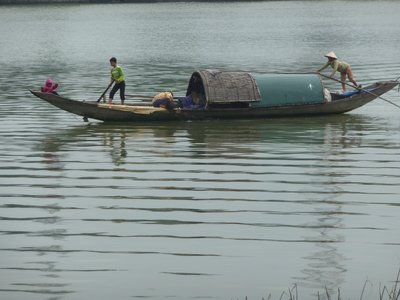 This is a part of the massive citadel that stands sentinel over the river and was once the capital of Vietnam. 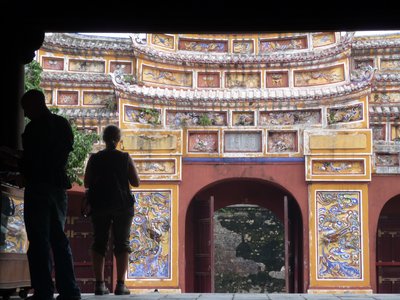 We have visited dozens, maybe hundreds, of fortresses, citadels, wats, shrines and temples. Some we have shown you, but others, like the fabulous, 12th. century, Cham Empire temple at My Son, never made it to the blog. Here is just one of the numerous shrines at this site. 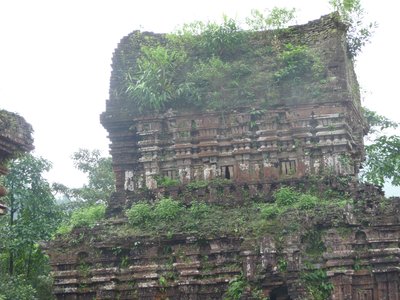 Shrines of all religions vie with each other for attention. This is one of the more ornate. 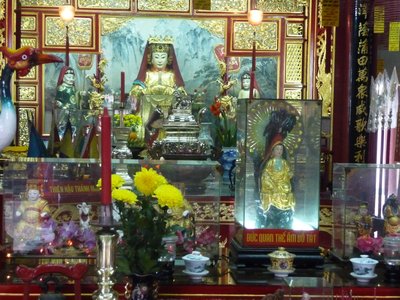 Throughout our trip we have tried to capture the essence of life here, both in words and pictures, and have tried to bring you images that differ from run-of-the-milll holiday snaps. Here are a couple of photos from a group we call, "South East Asia in Close-up." 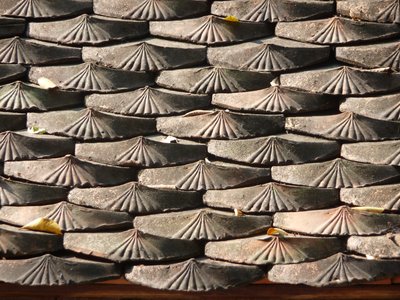 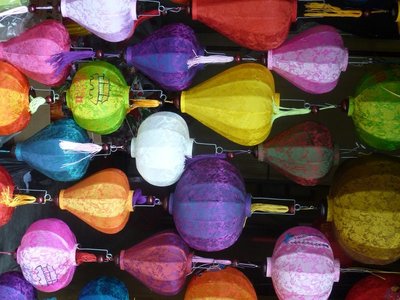 So, farewell to Bangkok and to South East Asia. We hope you've enjoyed coming along for the ride, and we hope that you will stay with us for a few more weeks while we bring you some of the off-the-beaten-track sights of England and France.

Posted by Hawkson 19:32 Archived in Thailand

We look forward to the contrast. You've certainly done the beaten track to the hilt--all those Asian cities teeming with people. Beware agoraphobia.