The Queen at Windsor

We are now near Cannes, (Yes- the place in the Mediterranean where all the world's rich and famous go to watch movies), and it's freezing. But tomorrow they promise sun so until then we'll tell you about our last day in England when we went to Windsor Castle to have tea with the Queen. Here we are on the Long Walk at the castle approach. 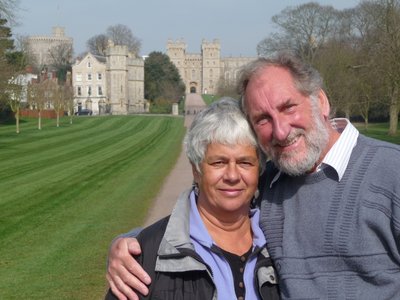 Unfortunately, Her Majesty had apparently forgotten our appointment and we ended up with pie and mash at a greasy spoon down by the river Thames. At least the swans were happy to meet us. 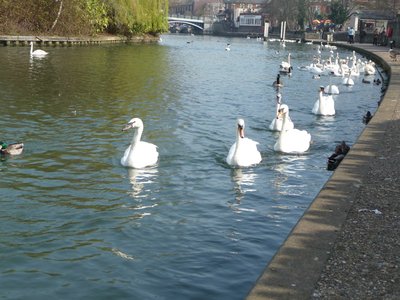 From Windsor we walked to Eton to oggle the toffs in top hats and tails at the famous school, then we drove a few miles to Runnymede . As every English schoolboy is supposed to know, Runnymede is the very centre of the first world. It is the place where all modern democracies were born; the exact spot where, on the 12th. June 1215, King John was forced by the Barons of England to sign the world's first, (and still surviving), constitution - The Magna Carta - upon which all other constitutions are based. Apparently no one in Britain thought it worthwhile commemorating this momentous occasion so they left it to the American Bar Association who put up this monument. 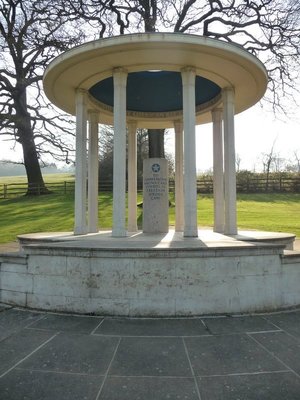 However, having put up a memorial to a great British event, the Americans saw no reason why they shouldn't salute one of their own. So the Brits gave them a few acres of England's green and pleasant land to erect a monument to John F. Kennedy right next to the Magna Carta memorial. 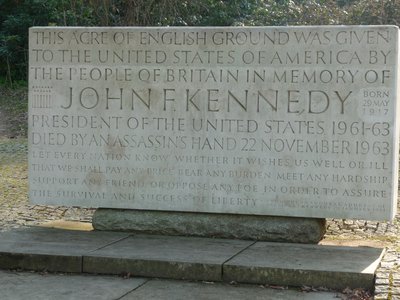 What is the message here? Are the Yanks suggesting that JFK was as fundamental to world democracy as the Magna Carta? No answers required - we have our own opinions!

Posted by Hawkson 12:49 Archived in England

I hate to say this Jim, but I think you offended the Queen by making public her & Phil's little mishap at the Mosque. Hopefully she'll forgive you before your next visit.