A First Taste of Tanzania 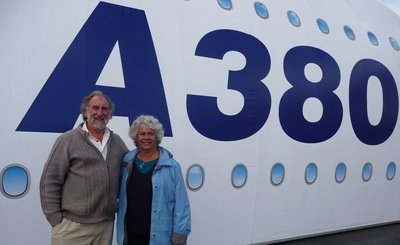 This was us several years ago when we watched A380 super-jumbo jets being built at the Airbus factory in Toulouse, France, and today we took our first flight aboard one from London to Dubai. It was pure pleasure – spacious seating; more than two thousand movies and TV programs to watch, (including live U.K. Arabic and U.S. channels): and abundant refreshments for the 600 or so passengers.
Dubai airport was equally impressive and after a few hours wandering among some of the world's ritziest fashion, jewellery and food emporiums, we boarded our next flight to Tanzania.

The arrivals hall at Dar-es-Salaam airport has none of the glamour of Dubai but we have seen worse. The sparsely manned visa section was besieged by a lengthy snake of hot and cranky foreigners eager to gain an entry permit, while we simply sailed through with visas previously obtained in Canada. The ancient baggage belt could barely cope with a plane load of returning locals weighed down by enormous bags and boxes of everything the Middle East has to offer and we had to wait awhile for our puny 13 kilo suitcases. Once they had arrived we cleared customs and set off in our hotel's minibus through the city's clogged streets. 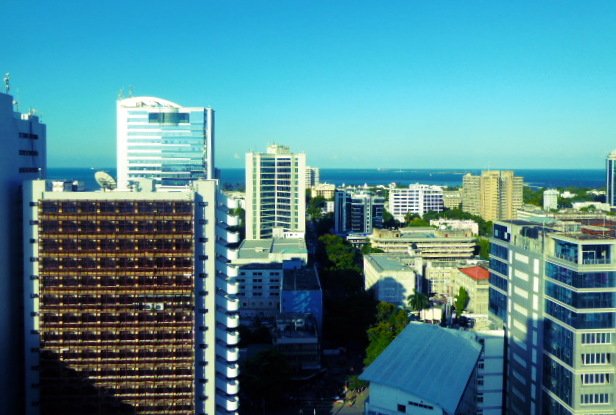 As in most third world countries, almost anything can be bought on the street in Tanzania and as we inched our way from one set of traffic lights to the next we were importuned by a procession of hawkers - a meandering mobile department store, weaving its way on foot through the slow moving traffic with an incredible range of goods on hand. Sellers of hardware, haberdashery, cleaning products and small electrical appliances were interspersed with a plethora of food vendors laden with bags of nuts, crisps and snacks of all kinds, while ice-cream merchants pedalled their wares up and down the traffic lanes on trikes – if only we hadn't left our camera in the luggage compartment of the minibus!.
However, we are now in our hotel in the heart of the city, (watching CNN as the first of Trump's band of villains does the perp walk), and we can show you the view across the city and harbour from our room... 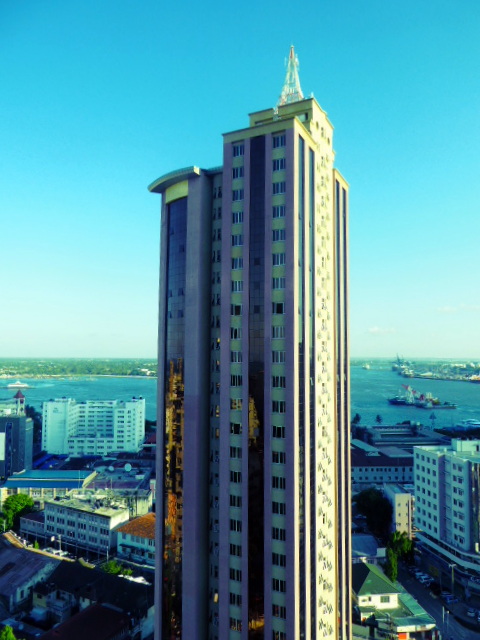 There are no lions, elephants or giraffes in this thoroughly modern city, but tomorrow we fly to Arusha on the edge of the Serengeti to begin our safari, Things will be different there!

As another sun-filled summer slips gently into a soggy autumn we are once again getting ready to leave our paradise island. We, like all voyageurs, travel to exotic places so that we can marvel at all the wonderful things we simply ignore at home: wonderful things like the spectacular vistas of ocean, mountains and forests that we see daily from our cliff top home... 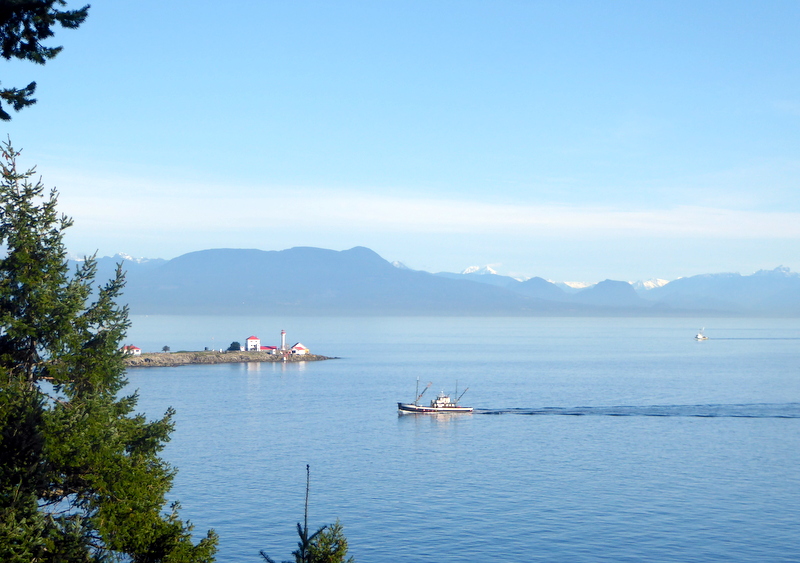 In a few days time we will be roaming the Serengeti plains and Great Rift Valley of Tanzania in search of lions, zebras, giraffes and a host of other wild creatures. But we too have a wild side in British Columbia and this summer we explored a number of neighbouring islands. British Columbia is four times the size of the United Kingdom but it has a total population of less than 5 million - more than half of whom live in the Vancouver area. It is not surprising therefore that most of our province looks like this... 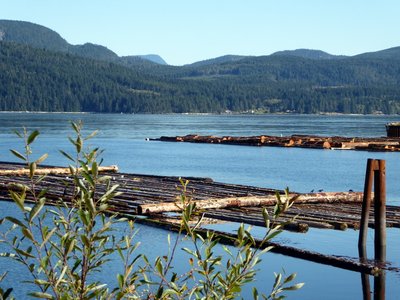 Cougars, elk, moose and bears of many kind rove freely through the numerous thickly forested mountain ranges and islands of Canada’s west coast, while the surrounding Pacific ocean is home to whales, sea lions, seals and fish of many species. The sea lions have returned from their summer fishing grounds and, while we frequently spy the sea life from our home, we rarely spot other wildlife - apart from the many doe-eyed deer that thrive on everything in our garden, and the raccoons and squirrels that raid our birdfeeders,

We’ve had a busy year starting in Sri Lanka, Thailand and China. We then spent a few weeks in the spring visiting the stately homes of southeast England where we spotted this magnificent wild pheasant... 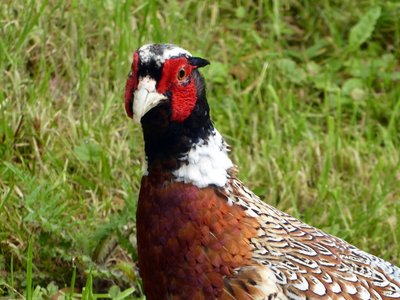 There is nothing wild about the manicured gardens of England’s aristocrats. Lush landscapes surround many of the great mansions that are now administered by the National Trust, like these at Wakehurst Place... 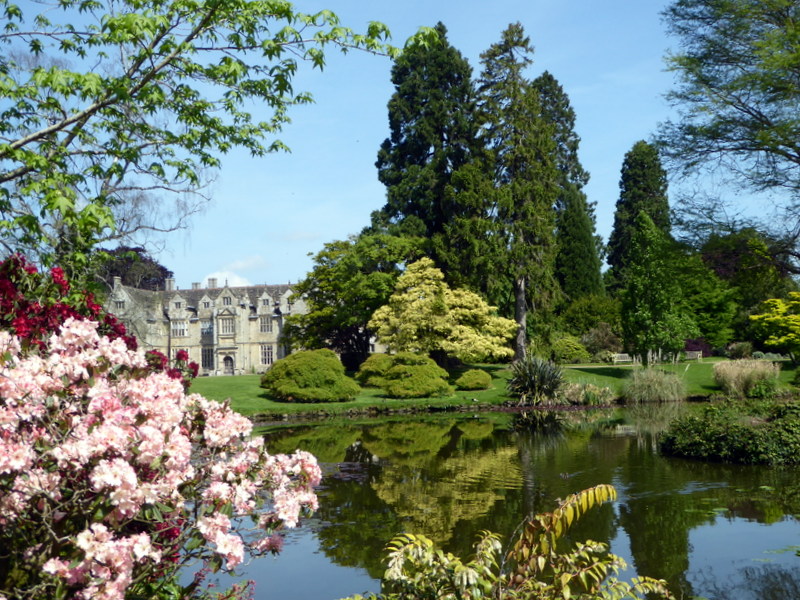 We also visited Winston Churchill’s home at Chartwell; the boyhood home of General Wolfe (the man who trounced the French on the Plains of Abraham to secure Canada for the Brits); the famous gardens of Sissinghurst; and the splendid rhododendron groves of the 600 year old Scotney Castle... 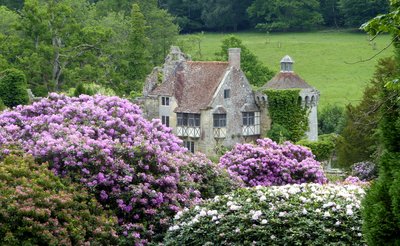 The endless blue skies and warm ocean winds of summer drew us back to Canada’s west coast and we wiled away the days with visits to Victoria and Vancouver. Here we are on the ferry to Vancouver.. 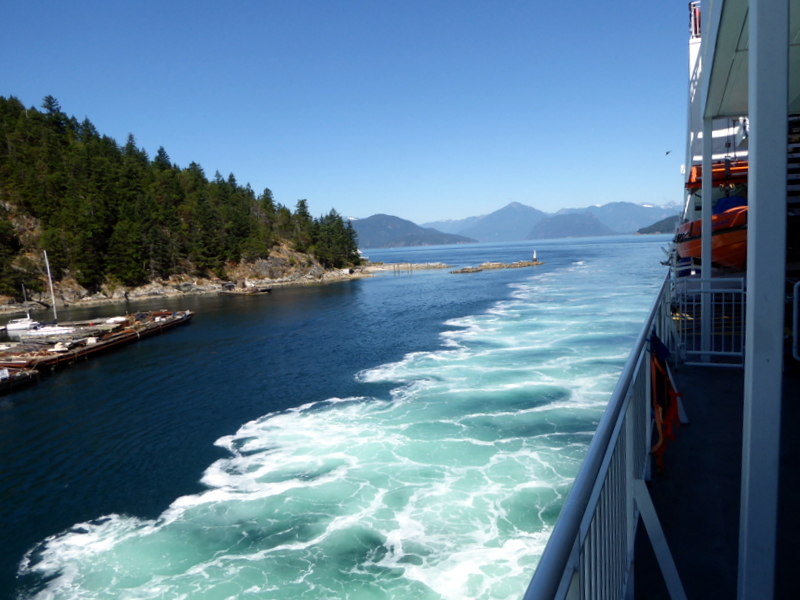 Every year we attend Shakespearean performances and the International firework festival in English Bay, Vancouver... 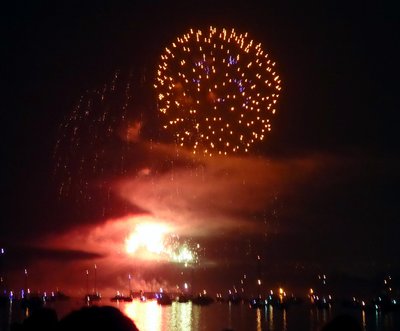 Now we are back in London en route to our next adventure, but anyone visiting London at present will be disappointed to see its most recognizable icon swathed in scaffolding... 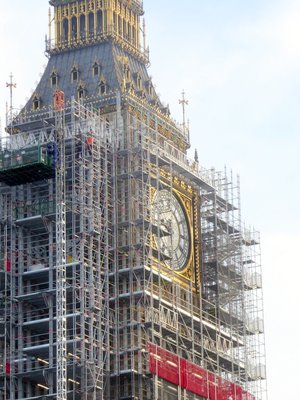 Internet connection is not great on the Serengeti Plain but we hope you will be able to join us shortly as we take a walk on the wild side of Tanzania. .